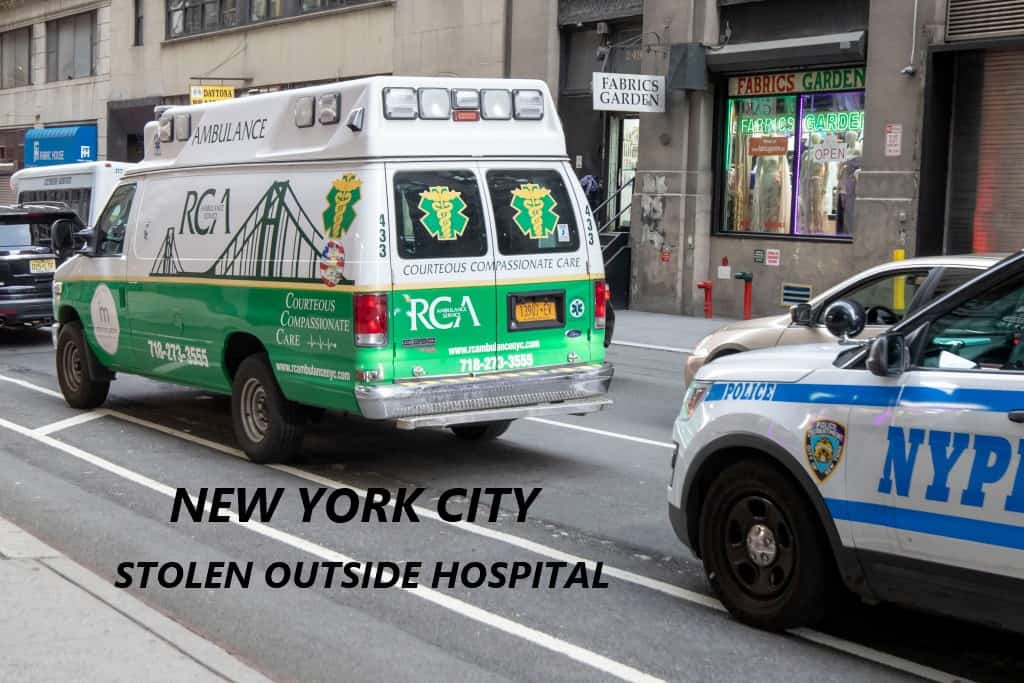 A thief stole an ambulance from outside a Manhattan hospital and took it on a 20 block joyride Saturday afternoon, law enforcement sources said.

The private emergency vehicle was reported stolen at Mount Sinai West in Hell’s Kitchen at around 4:30 p.m., the sources said.

The ambulance thief is believed to be a man in his 30s who fled on foot in the Garment District, according to the sources.

The crook was still on the run Saturday evening.