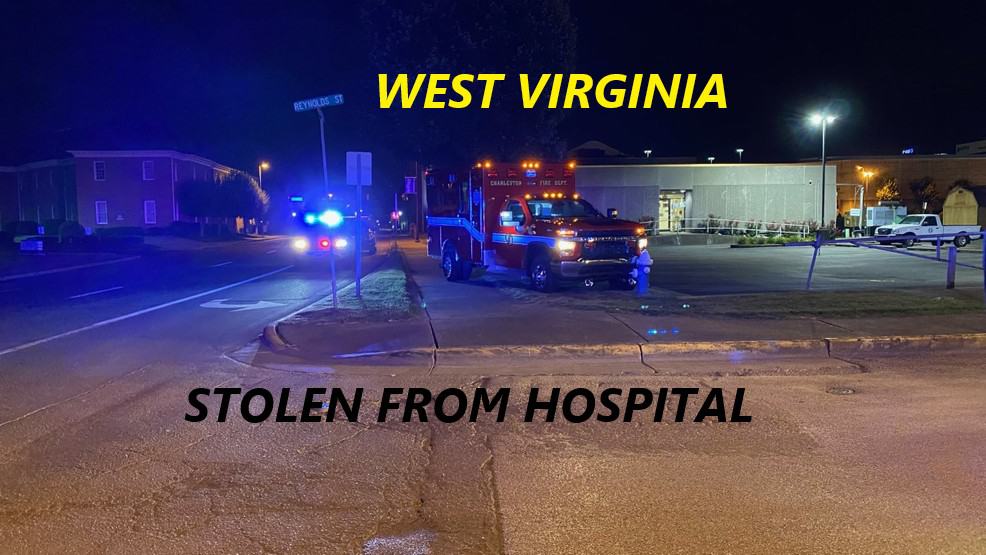 Monday night, an ambulance was stolen and driven 11 blocks from CAMC General before hitting a fire hydrant just before the Washington Street overpass.

“One of our officers was close by to the 100 block of Washington Street East where the ambulance ultimately ended up,” said Deputy Chief Scott Dempsey.

“One of our officers was at the hospital last night and someone approached him and said one of the ambulances had been stolen,” Dempsey said.

Police say Christopher Werlhe Jr. got out and ran off when the ambulance crashed.

He was arrested later Monday night for allegedly stealing the ambulance and breaking the window of a Charleston police cruiser near the hospital.

When the ambulance was stolen, Charleston Fire Department EMS Director Lt. David Hodges said it was running outside. It is a normal practice because items inside can be temperature sensitive, and to prevent thefts ambulances have anti-theft devices.

“Basically, the vehicle can remain running. However, someone can not put it in gear so someone can not shift it from park to drive without knowing how to fully operate the device,” Hodges said.

Although the damage was minimal, it was a dangerous situation.

“They could figure out how to activated the emergency lights and sirens and drive at a high rate of speed,” said Hodges.

Hodges said the ambulance was new.

“This vehicle was a new vehicle. We had just placed it in service. Four new ambulances in the city and this vehicle’s anti-theft device had not been installed yet,” Hodges said.

He said anti-theft devices will be in all ambulances and the department will reduce idle times at the hospital.