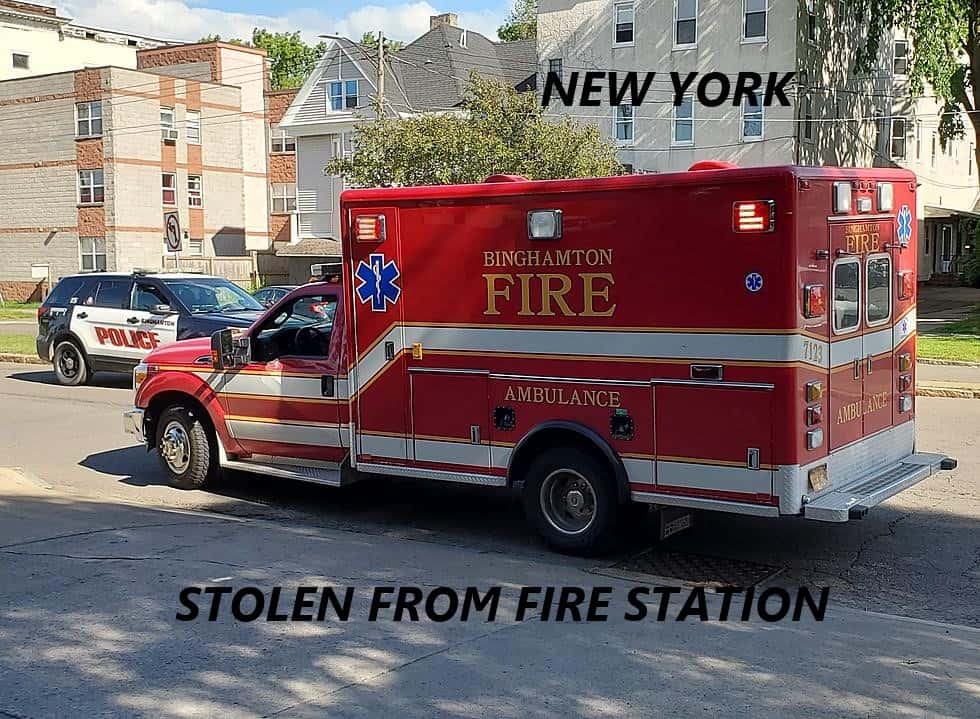 Someone drove off in a city-owned ambulance that had been parked in front of the temporary Binghamton fire department headquarters.

Authorities say the all-red vehicle had been left running and unattended on Carroll Street just north of Court Street when it was stolen around 8:45 a.m. Monday.

Acting fire chief Alan Gardiner said the ambulance crew went inside the fire station to pick up some gear.

When firefighters emerged from the building, they saw the vehicle driving away. They immediately notified police.

Binghamton detective Captain Cory Minor said the ambulance was quickly located by a city police patrol. He said it was found in the area of 104 Henry Street, across the street from the downtown post office.

The vehicle was unattended. Gardiner and Minor said the ambulance was not damaged.

The fire chief said he believed the vehicle keys may have been taken in the incident.

Minor said investigators were looking into the circumstances surrounding the ambulance theft. He said no one was in custody in connection with the incident.