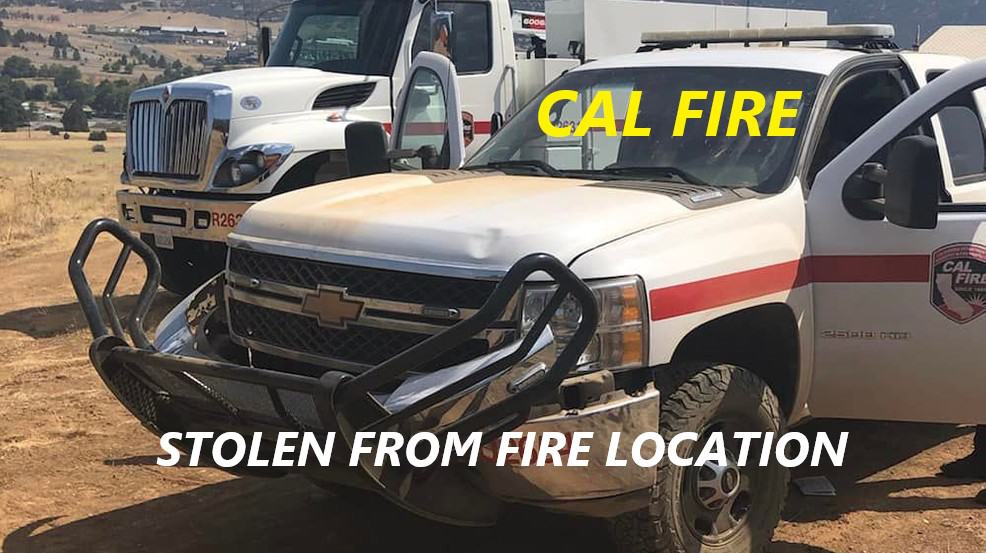 A 35-year-old man from Fernley, Nev. was arrested this week after stealing a CAL FIRE vehicle and leading deputies on a pursuit through Yreka, Calif.

Deputies responded to northbound I-5 near Miner Street and found the stolen vehicle. The SCSO said their deputies attempted to perform a traffic stop on the truck, but the driver sped off at speeds close to 100 mph.

During the pursuit, deputies said the driver in the stolen truck crossed over into oncoming traffic before leaving the freeway and entering Yreka.

The SCSO said the pursuit came to an end when the driver stopped near North View Drive and fled on foot. Deputies chased him down, caught him and arrested him.

The driver of the stolen CAL FIRE truck was identified as Jeremy Austin Estep. He was ultimately booked into the Siskiyou County Jail for felony evading, felony auto theft and misdemeanor resisting arrest.