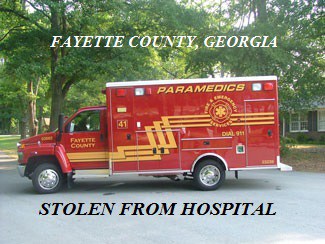 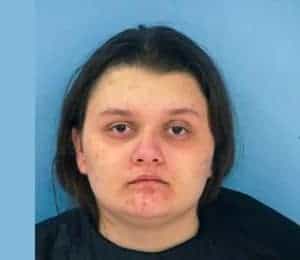 In Fayetteville, 19-year-old Newnan resident Danielle Mata was charged with felony theft by taking after an incident at Piedmont Fayette Hospital on May 13.

Fayetteville Police Department spokesperson Ann Marie Burdett said Mata left the hospital while being evaluated and was observed emerging from the bushes near the ambulance bay of the hospital. She entered a running but vacant ambulance and drove off, Burdett said.

A lookout for the ambulance was broadcasted and it was subsequently tracked going northbound on I-75. The ambulance was located by the Atlanta Police Department in their jurisdiction and the Mata was taken into custody. She was returned to the Piedmont Fayette Hospital to complete the medical evaluation, Burdett said.

Peachtree City Police Department spokesman Matt Myers said the 15-year-old was riding a golf cart when the entering auto on Richmond Circle off MacDuff Parkway occurred and a golf bag was stolen. The juvenile was subsequently arrested, Myers said.

Three other entering autos occurred on Richmond Circle on May 10 and 11. As with the May 12 incident, there was no forced entry into the vehicles. Among the items stolen were golf clubs, two phone charger cords and cash, Myers said.

Myers said the investigation is continuing to determine if the juvenile was involved in the other entering auto incidents.

Also in Fayetteville, two vehicles were entered at the Fayette Pavilion on May 16.

One of the vehicles, which was possibly left unlocked, had a purse and contents stolen, said Burdett.

The other vehicle was found to have damage to a door and cash missing from the vehicle, Burdett said.

In unincorporated Fayette County, a burglary was reported on May 16 at a residence on North Bend Court, off Corinth Road.

Sheriff Barry Babb said the resident returned home to find the glass smashed in a rear door, with the home rummaged and a laptop and jewelry stolen.