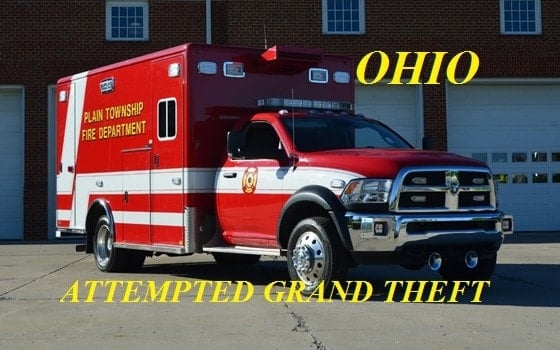 The man then ran away when security officers and nurses approached him, Stark County Jail records show.

According to the jail records, the man had just been released from the hospital. The records do not say when nor why he had been admitted.

Police caught up to him at 12:48 a.m. outside the nearby Crisis Center on 13th Street NW.

He was jailed on a felony charge of attempted grand theft of a motor vehicle. He was released on his own recognizance about four hours later, pending a Canton Municipal Court hearing.