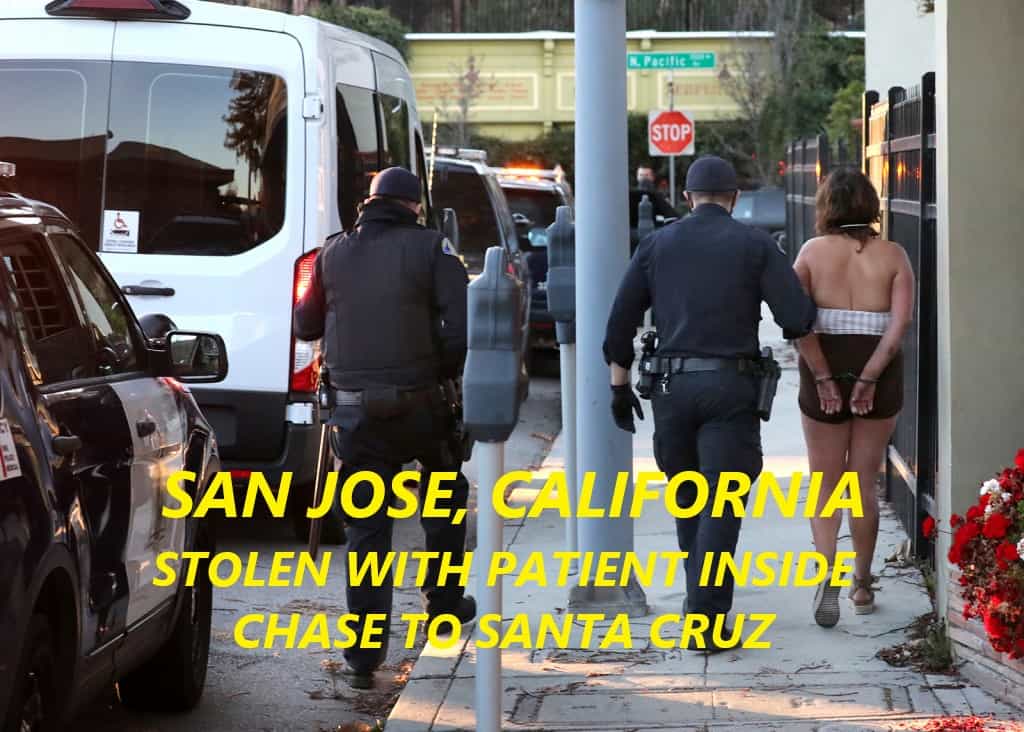 The California Highway Patrol was reportedly called to assist the San Jose Police Department after a woman boarded a medical transport van parked at a dialysis clinic in East San Jose. Behind the van was an 84-year-old man who was sometimes taken to chase a low-speed highway, Courtney said.

“Within just a few seconds, a walking woman jumps into an ambulance, steals it and takes off,” Courtney said. “They pinged the van and told me where it was. It was reported on Highway 17 to Santa Cruz.”

The CHP patrol tracked near the Granite Creek exit on Highway 17, following the driver down Ocean Street into Santa Cruz.

According to Courtney, a San Jose woman, Marlina Rose Adame, was behaving abnormally when she finally stopped on Water Street near the town’s clock after 4 pm. However, according to Courtney, the patient behind the van was not injured and was described as “really fine” after the trip, and it is possible that he did not know exactly what happened. .. Police in Santa Cruz assisted in the chase, and San Jose police transferred Adam to Santa Clara County Prison.