1/26/22 Visalia, CA – Man Jumps Into Running Ambulance That Is Unoccupied – Drives Away – Police Capture Him – Arrested Away 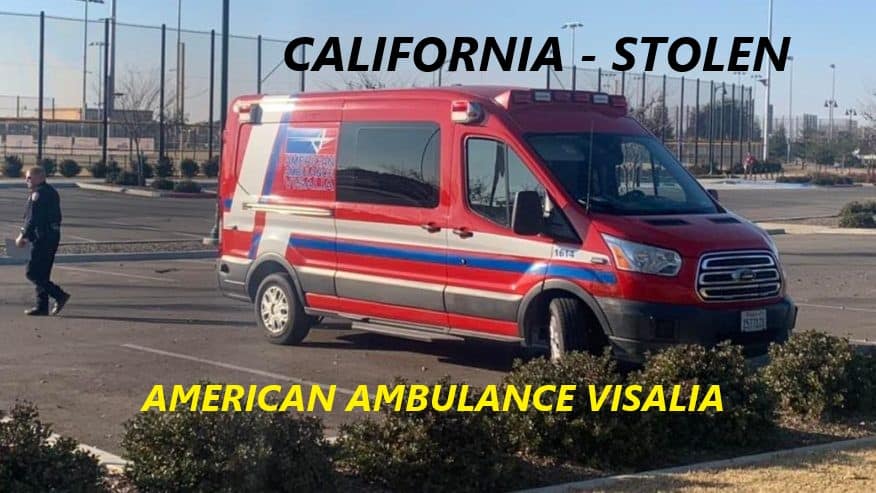 A man was arrested after he stole an ambulance and took it for a joy ride on Wednesday afternoon, according to the Visalia Police Department.

Around 3:20 p.m., officers responded to a call of a stolen ambulance near Oak Street and Iowa Avenue.

Officials say an EMS crew had reported that a man had jumped into the driver’s seat of the ambulance while it was unoccupied and drove off in it.

A tracker on the ambulance helped lead officers to the Sports Park near Dinuba and Riggins avenues, where they spotted the suspect, later identified as 27-year-old Ronnie Gutierrez.

Officials say Gutierrez got out of the ambulance and tried to run away, but officers were able to catch him and place him under arrest.