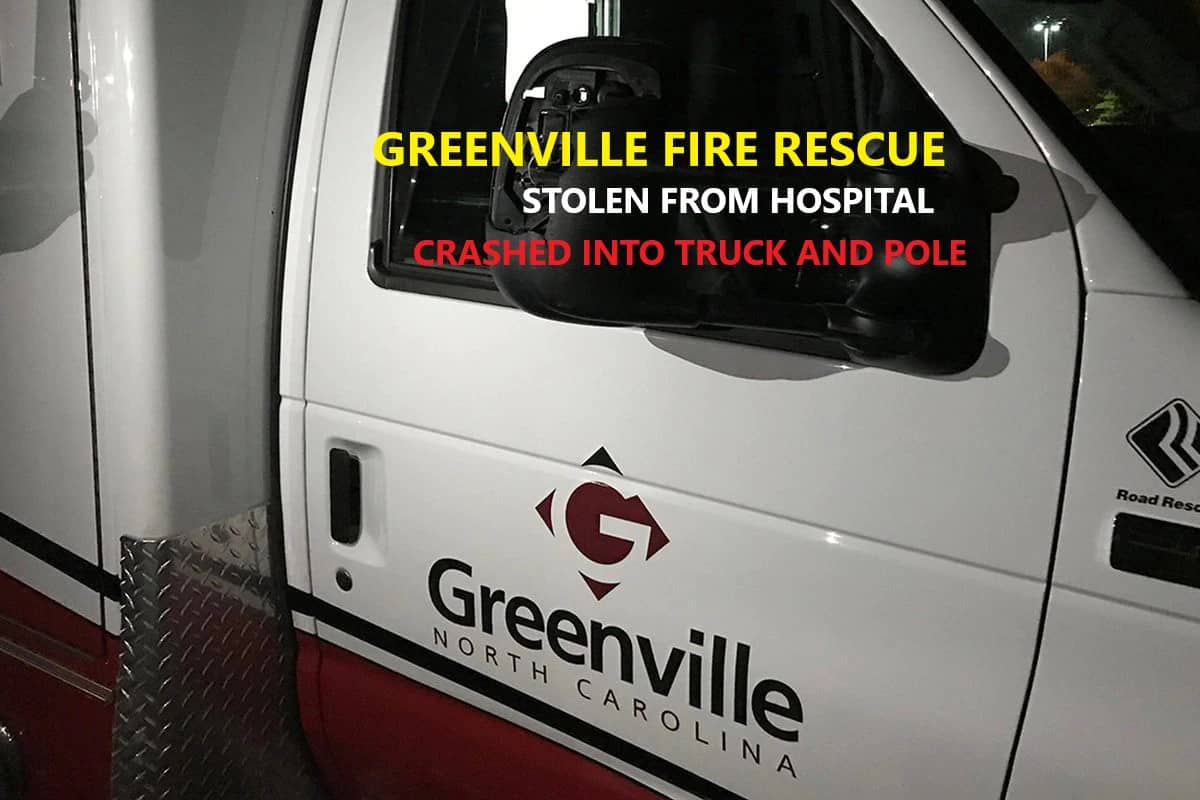 Greenville police said it’s investigating after a man took an ambulance from Vidant Medical Center and crashed it at a nearby intersection.

Hunter said it’s believed a psychiatric patient at the hospital took the Greenville Fire-Rescue ambulance and then hit a truck and light pole at the intersection of Arlington Boulevard and Beasley Drive.

The man was taken back to the hospital for evaluation, police said.