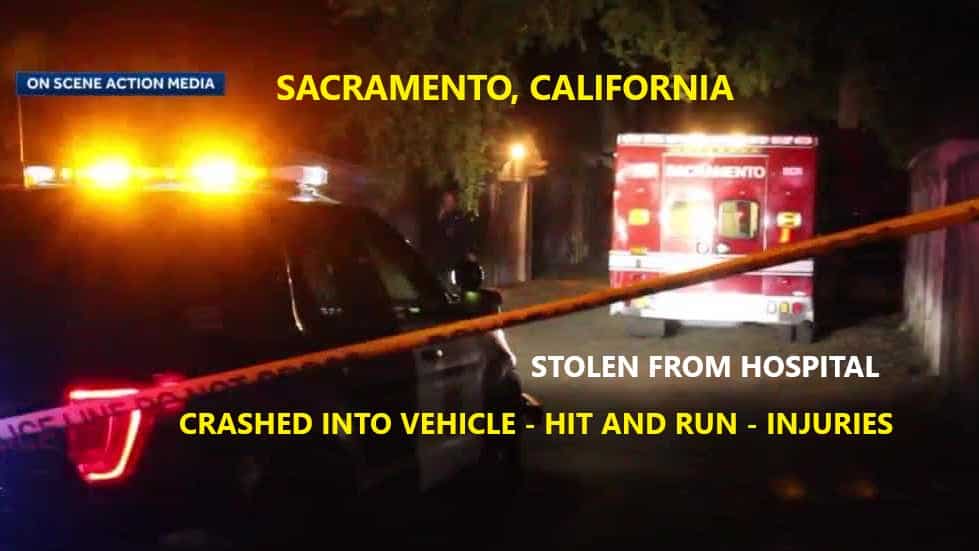 A man is in custody after stealing an ambulance and leading a brief foot chase in the downtown area, the Sacramento Police Department said on Sunday.

Cecil Jackson, 35, was booked into the Sacramento County Main Jail on charges of stealing an emergency vehicle, felony hit-and-run and felony reckless driving.

Sacramento police said they received reports late Saturday night of the ambulance being driven recklessly and crashing into a parked vehicle.

The ambulance was reportedly stolen from Mercy General along the 4000 block of J Street.

“I just thought there was an emergency going on but it usually doesn’t happen that way. You hear the police go by or the ambulance or fire trucks and they just do their horns and stuff like that, but this was, it just kept going on,” said a woman whose parents live nearby.

A police aircraft spotted the ambulance in the downtown area, where police said he crashed into an occupied vehicle. The driver of that vehicle suffered a minor injury.

Jackson abandoned the ambulance in the area of D and 23rd streets and tried to get away on foot near Democracy Alley, where he was eventually arrested at around 11:30 p.m., police said.

“People really need the ambulance for saving people’s lives not trying to steal it,” said Julia Mays, who heard the sirens near her home.

Steve Passal lives nearby and heard the commotion

“Tons of sirens descend on the neighborhood from every direction, and then it all went quiet,” Passal said. “And there were police everywhere.”