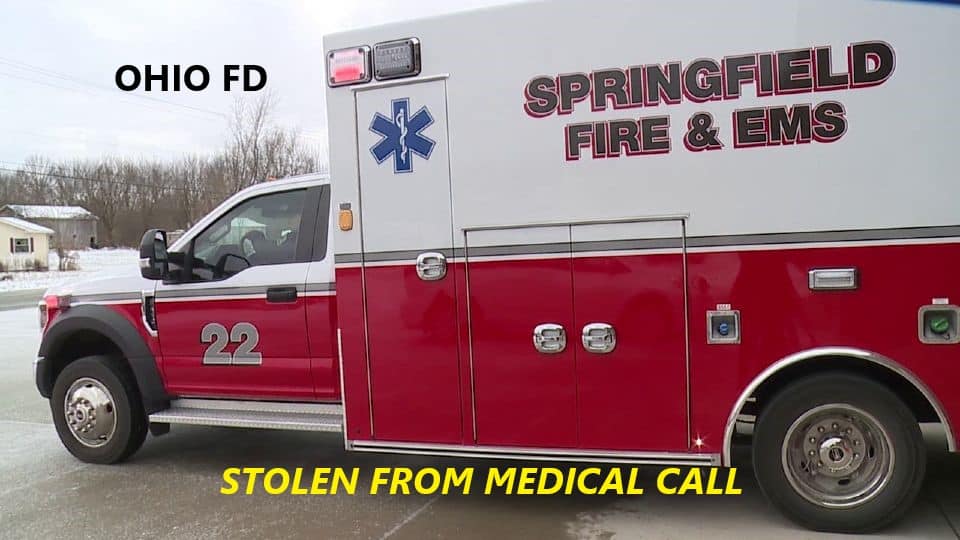 A missing ambulance was recovered on Tuesday morning after it was stolen from medics attending a call.

The Springfield Police Department said the medics had parked on the 2000 block of Kenton Street and left the keys in the ignition while dealing with a call. When they returned to where they had left the ambulance, the vehicle was gone.

The ambulance was found less than 15 minutes later, keys still in the ignition, in front of a home on Superior Avenue, the incident report said. Officers on scene dusted the vehicle for prints and collected evidence before giving the vehicle back to the Fire Department.

The report said there are currently no suspects in this investigation, and no charges can be filed at this time.

The Springfield Police department asks that anyone with video surveillance of the area the vehicle was stolen or recovered please call Detective Dana Lewis at 937-324-7713 or email dlewis@springfieldohio.gov.