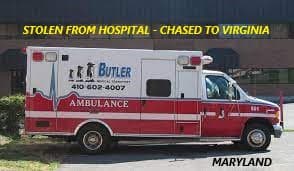 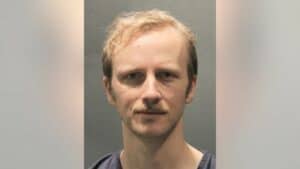 According to the Montgomery County Police Department (MCPD), 31-year-old Nicholas Albano was being transported in an ambulance when he began to assault one of the employees of the private ambulance company.

When one of the victims attempted to stop Albano from taking the ambulance, Albano placed him in a headlock and struck him repeatedly in the face.

Officials say the two victims escaped from the ambulance and Albano fled the scene in the stolen vehicle.

Albano is currently in custody in the Arlington County Detention Center. He has been charged with carjacking, first-degree assault, second-degree assault, and reckless endangerment in Montgomery County. Plus, he will face charges for crimes committed in Virginia, as well.