2/25/22 Corpus Christi, TX – Man Steals City Ambulance While Medics Were Inside From A Regional Hospital – Man In His 40s Escaped 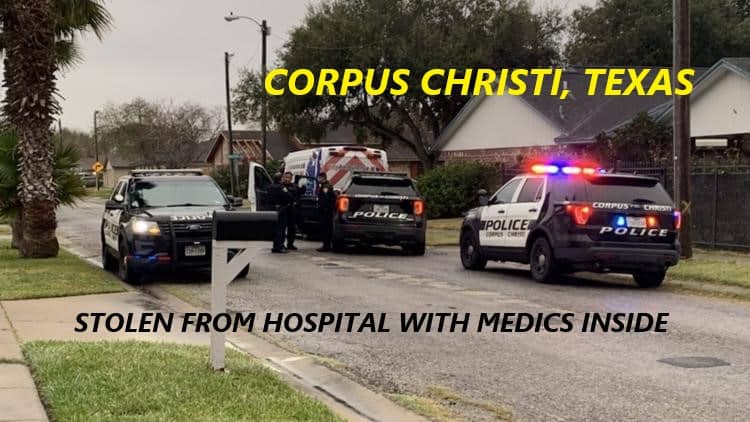 Corpus Christi Police are looking for a man they say stole a private ambulance Friday morning.

It happened just after 7:00 a.m. Friday when officers say a man was at Doctor’s Regional Hospital getting treatment and jumped into the ambulance, then drove away while medics were inside.

“One of our officers spotted the ambulance at Holly and Weber and then they started to follow it and they tried to stop it and it refused to stop we never engaged in a pursuit,” said Lieutenant A. Trevino with CCPD.

Police were able to track the ambulance to the intersection of Dusty Dawn Road and Crosstimbers Drive less than an hour after it was reported stolen.

The emergency transport vehicle belongs to a private company called City Ambulance. As for the suspect, police say they do not have many details, but say he is in his 40’s.

Officers were seen canvassing the Southside neighborhood early Friday morning, but they assure that there is no danger to the public.