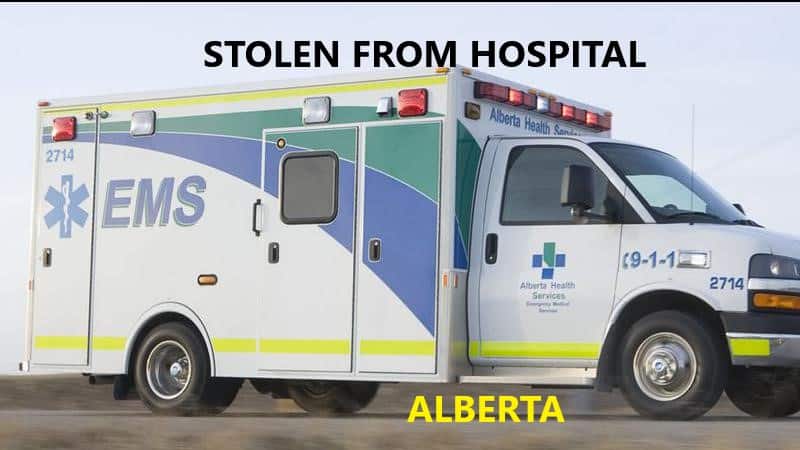 RCMP say a 36-year-old Grande Prairie man is facing charges after an ambulance was stolen from the Peace River Hospital Tuesday.

Cpl. Chantelle Kelly with the Alberta RCMP tells EverythingGP that police got the call about the theft at around 9:45 Tuesday morning, adding they later learned the ambulance ended up in a ditch near Rycroft.

Authorities say a woman stopped to help while the ambulance was in the ditch, but the suspect jumped into her vehicle and took off.

Mounties used a spike belt to stop that vehicle and he was arrested without any more trouble.

The man’s name, and what charges he is facing, have not been released at this time. EverythingGP will have more when information if and when those details are made available.