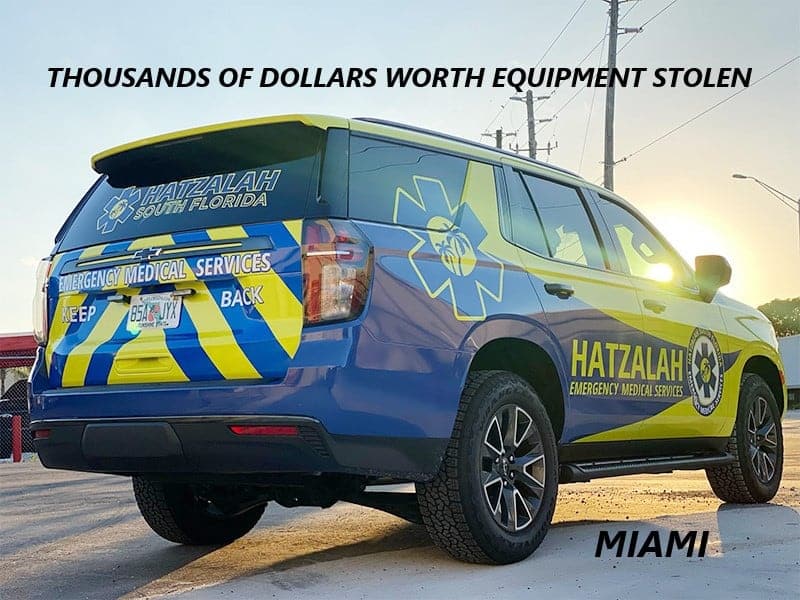 A volunteer paramedic said his car was stolen with thousands of dollar’s worth of live-saving equipment inside, Local 10 News reported.

Video footage from outside Benjamin Silverstein’s house appears to show his GMC pickup truck being towed from his driveway at 1:45 a.m. on Monday morning.

“I quickly go outside and my car is gone,” Silverstein told news crews.

He said his truck, which he has only owned for eight months, contained medical equipment, some of which was purchased from monetary donations.

“It’s horrible that I can’t provide the care that I have been doing for so long because someone decided to take my vehicle,” Silverstein said. His truck was also outfitted with lights and a siren.

Anyone with information is encouraged to call Miami-Dade Crime Stoppers at 305-471-8477.