6/16/21 Atlanta, GA – Police Are Searching For A Stolen Falcons Ambulance From The Grady Hospital – The Ambulance Was Dropping Off A Patient – Later Found Abandoned 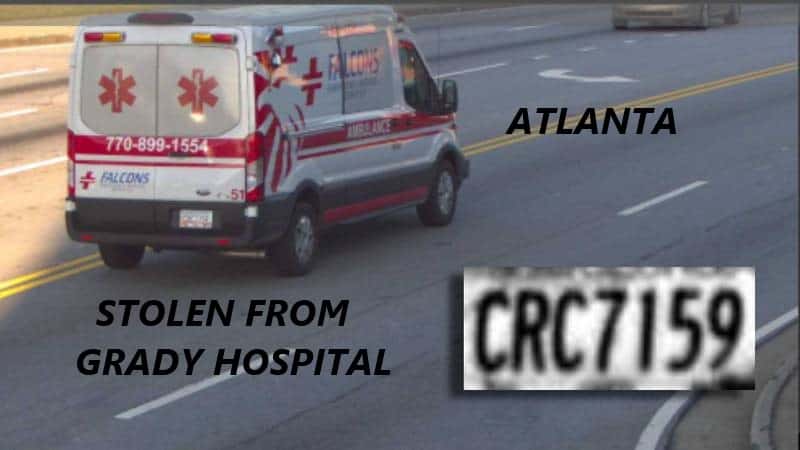 UPDATE: Atlanta police said the stolen ambulance was recovered in East Point. The investigation on the suspects continues.

Police are searching for an ambulance they said was stolen from Grady Memorial Hospital early Tuesday morning.

Officers said an EMT called 911 shortly before 8 a.m. saying someone stole the ambulance while he was dropping a patient off at the hospital.

Investigators said the EMT left the ambulance running while dropping off the patient. When he returned, it was gone.

Police released a photo of the ambulance, which had a Georgia license plate reading CRC7159.

Anyone with information about the stolen ambulance is asked to call police immediately.