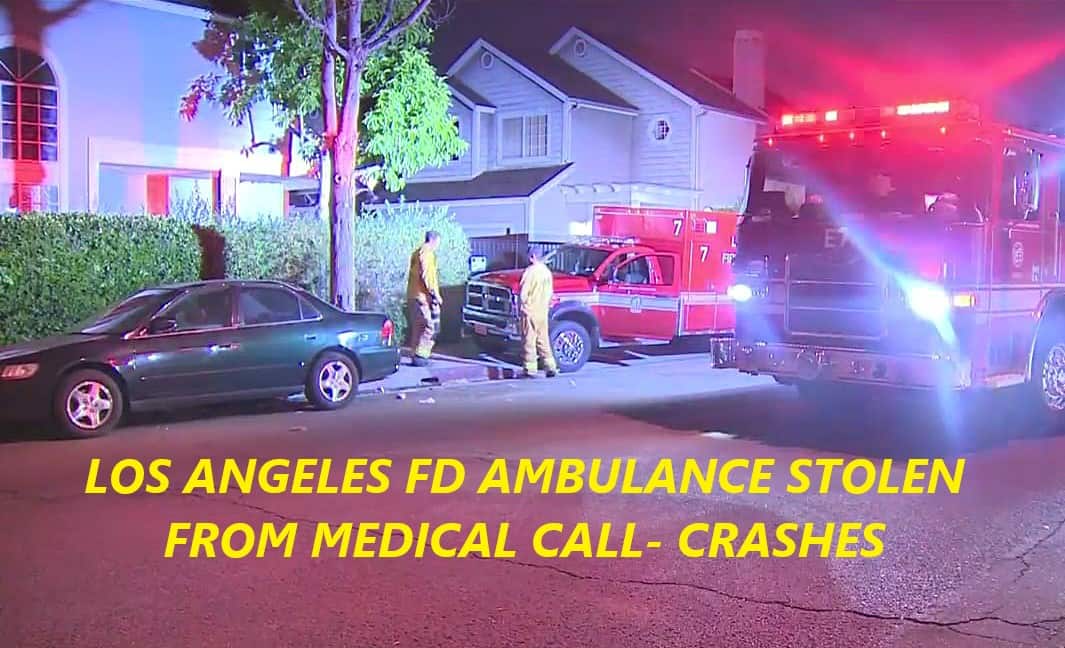 A woman stole a Los Angeles Fire Department ambulance and allegedly crashed it into a pole, police said.

While emergency crews were responding to a call, a woman got into an ambulance on scene and drove away with it before crashing three blocks later into a pole, KCAL 29 reported.

The woman left the scene of the crash on foot

The woman is still at large.