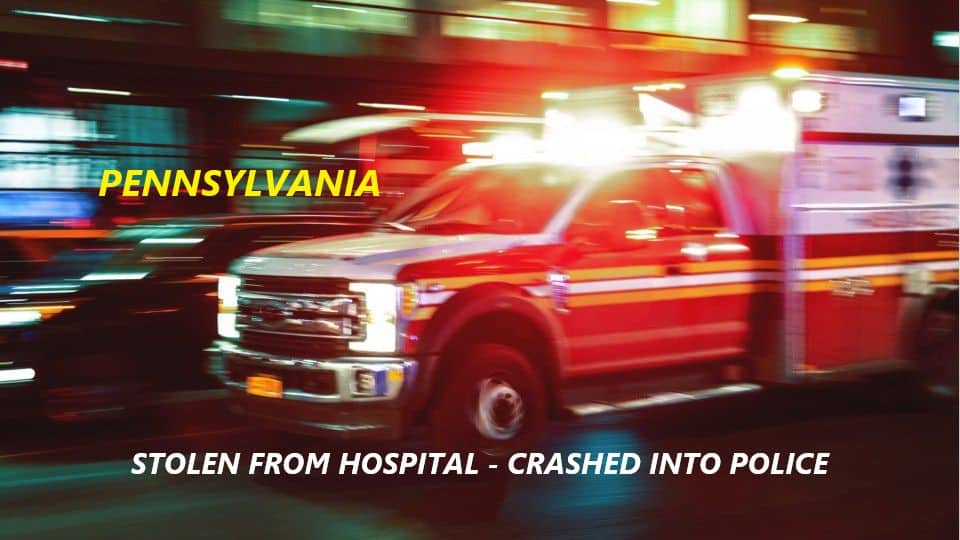 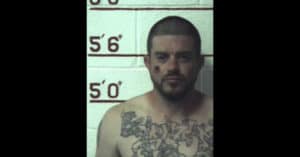 A Pennsylvania man and hospital patient was charged with a slew of crimes–both big and small–on Monday after allegedly leading police on a wild chase in a stolen ambulance while far from sober.

According to local CBS affiliate WTAJ, the Penn Highlands DuBois patient was allegedly “found staggering” along a major thoroughfare and complaining about “the Russians” attempting to assassinate him, citing an unnamed witness. When confronted by police, Wilsoncroft was allegedly “sweating profusely” and refused to believe the cop he was chatting with was actually a member of law enforcement.

Just after 5 p.m. on Sunday, the responding officer reportedly called for paramedics to bring the fearful man back to the hospital for an evaluation. Just after 6 p.m., hospital staff dialed 911 and said that Wilsoncroft had stolen an ambulance and left the vicinity.

A three-pronged response team took to the streets looking for the ambulance and its allegedly erratic driver: Sandy Township Police, DuBois Police, and Pennsylvania State Police were dispatched in a mad dash eventually aided by another group of paramedics who told police that the lifted ambulance had almost hit their own ambulance, the network reported.

According to a probable cause affidavit obtained by The Courier Express, the almost side-swiped EMS crew made that report at 6:16 p.m. An officer allegedly spotted the missing emergency vehicle exactly one minute later and tried to hail it down using the usual police method of turning on the lights and siren.

Wilsoncroft then allegedly led law enforcement on a four-mile chase. At 6:21 p.m., a separate cop car took the lead position and attempted to pass the ambulance in the left lane, according to court documents. Wilsoncroft allegedly took note by attempting to push the squad car off the road as the pass was made and then tried to rear end the officer after they were successfully positioned in front of him.

A spike strip was deployed soon thereafter and the driver’s side tires were taken out–but that wasn’t quite enough to stop the ambulance.

Authorities say Wilsoncroft slowed down but continued on by shifting streets and driving in the wrong lane. The defendant is alleged to have almost hit three separate vehicles, who quickly swerved out of the way, in what would have been head-on collisions, police say.

At 6:25 p.m., time on the ride was up; the ambulance allegedly plowed into the backside of a patrol car. The office inside then attempted to arrest the driver who allegedly resisted before being subdued.

Wilsoncroft was charged with two felony counts of aggravated assault; one felony count of theft by unlawful taking; three misdemeanor counts of recklessly endangering another person; one misdemeanor count each of DUI (controlled substance), fleeing or attempting to elude an officer, unauthorized use of a motor vehicle, resisting arrest, public drunkenness, reckless driving, driving while operator’s privileges are suspended or revoked and failure to keep right.

Prosecutors requested a negative bail determination based on the alleged threat the defendant poses to himself and the community. He was arraigned and formally charged on Monday morning. Bail was set at $100,000.

“All of the agencies involved did a phenomenal job keeping the public safe and getting the pursuit to an end without any further damage to property or any injury,” Sandy Township Police Chief Kris Kruzelak said in a statement. “All of the officers did a really good job. The outcome was the best it could be.”