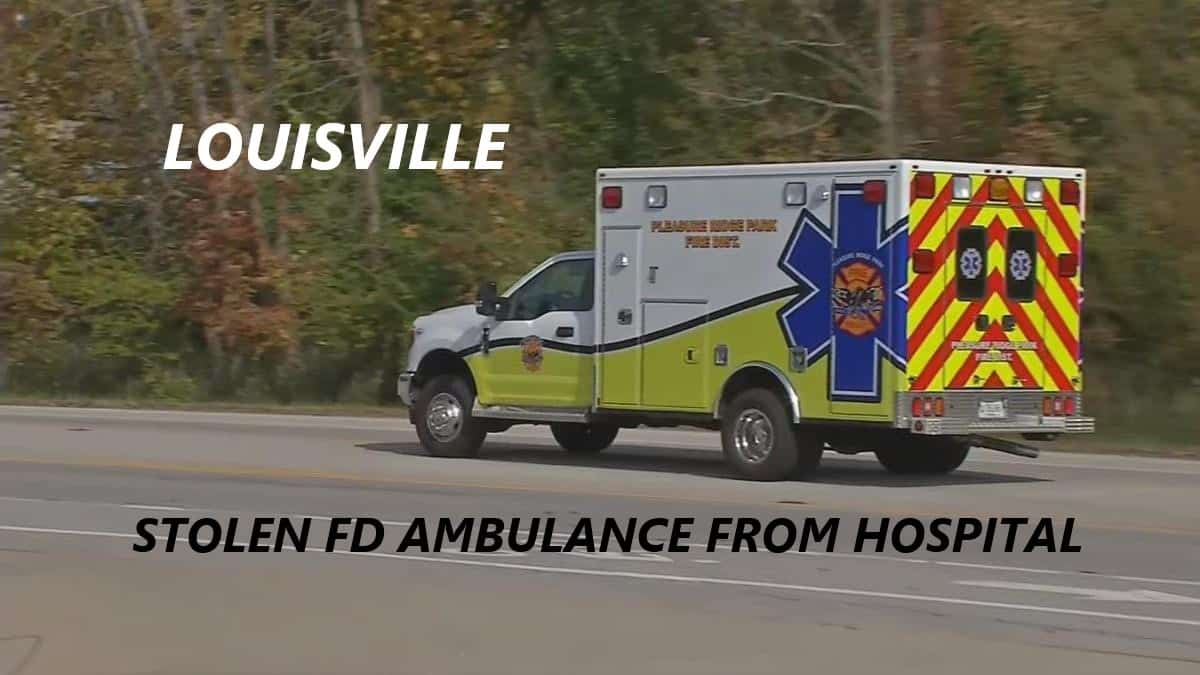 Louisville police said a man is in custody after he stole an ambulance from the Pleasure Ridge Park Fire Department.

According to Dwight Mitchell, a spokesman for the Louisville Metro Police Department, officers were called to Jewish Hospital Wednesday afternoon after someone reported that the ambulance was stolen.

Mitchell said the suspect, 34-year-old Robert Reiter, was the only person arrested in connection to the situation.

Police said they spotted the ambulance near the intersection of Dixie Highway and Upper Hunters Trace, but when LMPD officers tried to stop the ambulance, the driver drove away.

Officers eventually stopped the ambulance in the northbound lanes of Interstate 65, near St. Catherine Street, with the assistance of the LMPD Air Unit.

According to an arrest report, Reiter tried using emergency equipment in the vehicle and “keyed up on the radio channel attempted to communicate with the dispatchers.”

The radio channels in the vehicle were able to send and receive police messages.

Reiter was arrested at the scene.

He has been initially charged with theft by unlawful taking, fleeing or evading police, criminal mischief, operating on a suspected or revoked operator’s license, improper use of red lights, possession and use of radio that sends and receive police messages.

His arraignment is scheduled for Thursday morning.