6/28/21 Chesterfield, VA – Ambulance Stolen By Man From Chippenham Hospital – State Troopers Chased All The Way To Colonial Heights Down I-95 – Deployment Of Tire Deflation Devices Stopped Him 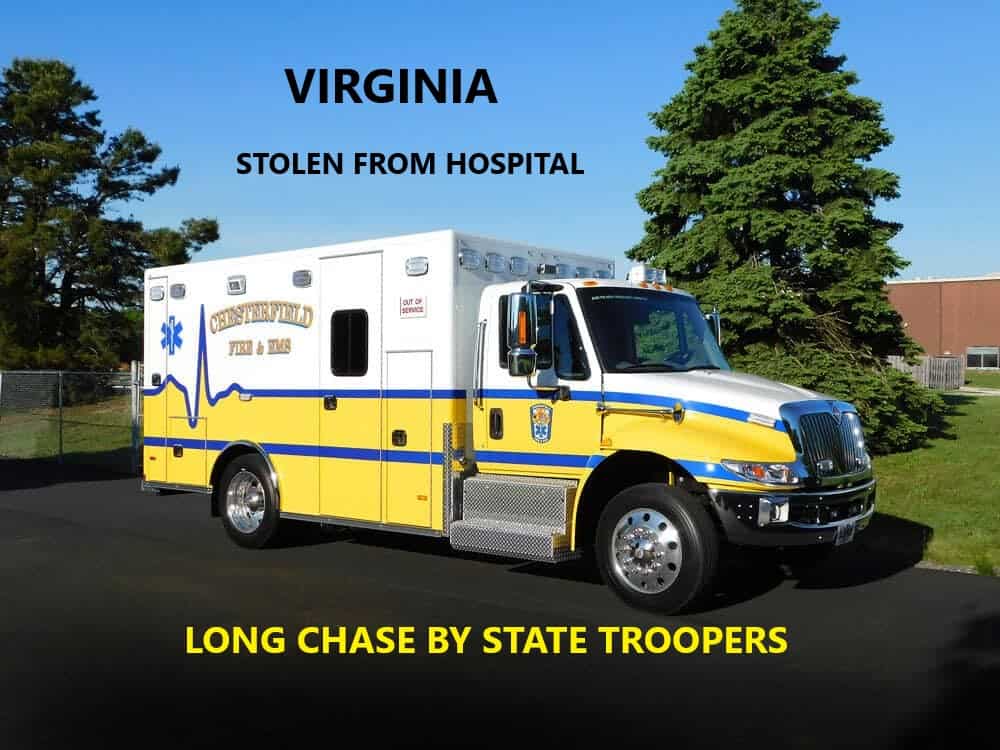 HCA Healthcare told 8News on Monday that the ambulance was stolen at Chippenham Hospital.

Virginia State Police troopers located the ambulance heading south on Chippenham Parkway at 10:32 p.m. Troopers activated emergency equipment to try and stop Naugle but were unsuccessful. A pursuit was then initiated.

The pursuit concluded on I-95 south of Ruffin Mill Road in Colonial Heights after the deployment of a tire deflation device by Chesterfield Police. The driver was taken into custody without incident.