6/30/22 St. Louis, MO – A Christian Hospital Ambulance Was Stolen From A Medical Call In Spanish Lake – An Emotionally Disturbed Person Crashed The Ambulance In St. Louis 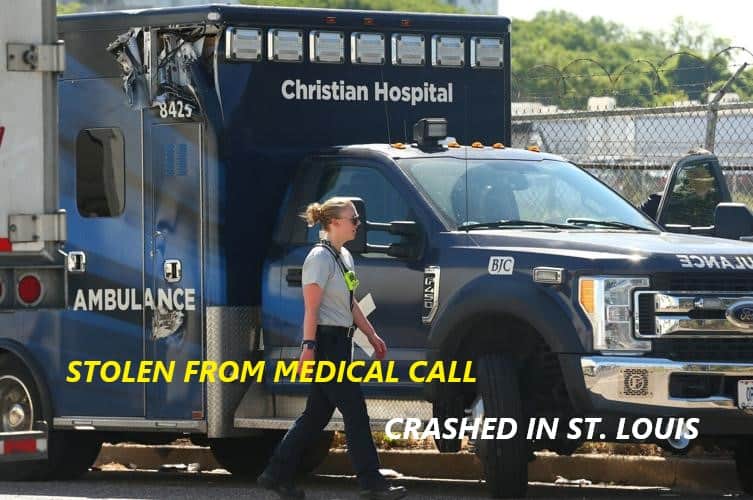 St. Louis County police used GPS to track the movements of a stolen ambulance Thursday, then arrested the man who took it after he crashed in St. Louis eight miles away.

No one was hurt in the theft or, later, in the crash, police said.

Police didn’t chase the ambulance but instead tracked it using GPS the ambulance had on board. It crashed near Hall Street and Adelaide Avenue.

Officers took the man into custody, and Panus said he will be evaluated for mental health services. Panus said a relative of the man had originally called for the ambulance to Hannibal Drive for “an emotionally disturbed person.” The relative told dispatchers the man was 26 years old and having a mental health “episode.”

Hannibal Drive is east of Larimore Road and north of Interstate 270. Hall Street at Adelaide Avenue, an intersection in the city of St. Louis, is about eight miles south of Hannibal Drive.