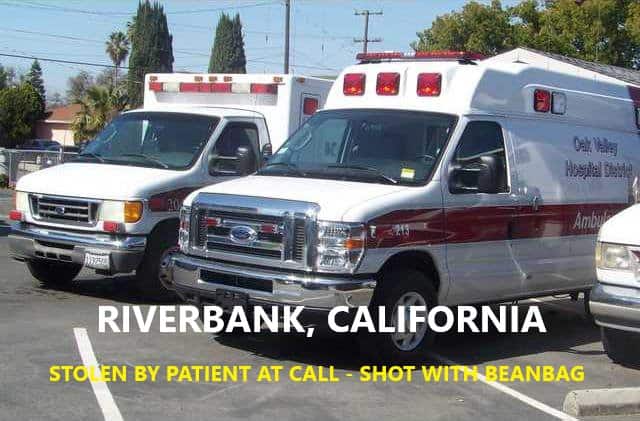 A woman led officers and deputies on a chase through Stanislaus County and San Joaquin County after stealing an ambulance, according to the sheriff’s office.

Riverbank police responded to the 3100 block of Orange Avenue on Wednesday around 1:20 p.m. to assist paramedics, officials said.

The Stanislaus County Sheriff’s Office said paramedics were in the process of treating 29-year-old Savanna Proffitt when she stole the ambulance.

Proffitt activated the lights and sirens, crossed over the Stanislaus River and headed toward Escalon, officials said.

Officials said the chase ended after officers used a high-risk enforcement stop near the intersection of Fourth and Main streets in Escalon.

A less-than-lethal beanbag gun was used to take Proffitt into custody after she didn’t immediately comply with commands given by deputies, officials said.

She was given medical treatment in San Joaquin County, and later booked into the Stanislaus County Public Safety Center on auto theft charges, officials said.