7/22/22 Ashland, MT – Ambulance Stolen From Unattended Firehouse During The Night – Smashed Through The Garage Door – Found 20 Miles Away Abandoned 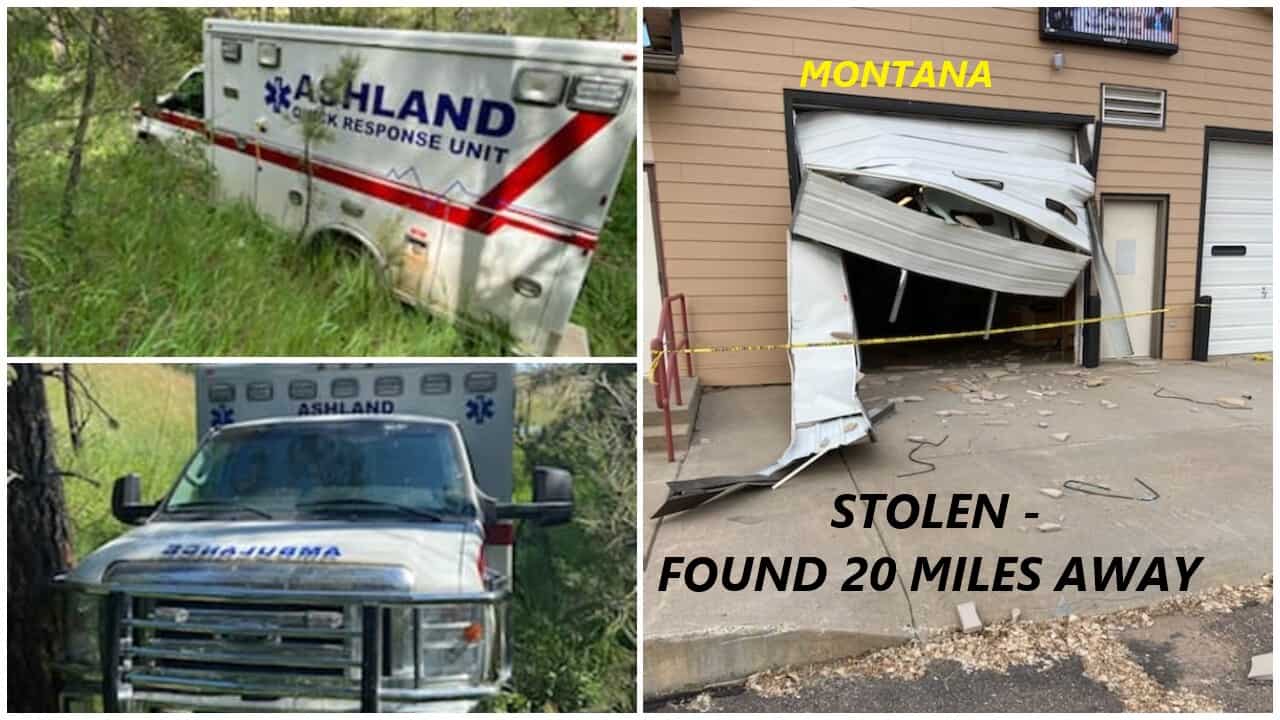 An ambulance was stolen on Friday, July 22, 2022, in Ashland, and the Rosebud County Sheriff’s Office found it on Saturday. The Ashland Quick Response Unit was stolen from the ambulance station between midnight and 4:15 a.m. on Friday.

Sheriff Allen Fulton says no one has been arrested, but investigators are looking at at least one person of interest.

“We’ve been looking down in the Ashland, Birney, Lame Deer area for it,” said Sheriff Fulton. “A concerned citizen found it, called BIA, and then we responded.”

Fulton said the thieves did not open the garage door – they just crashed through it.

Deputies found the ambulance about 20 miles away near Lame Deer

Fulton said, “We secured it just for evidence purposes. The outside has some minor damage it looks like. Until we get our suspects taken care of and that process going it’ll be held as evidence and as soon as we can get that released from evidence we will.”

Some posts on Facebook showed concerns about the risk to citizens without an ambulance.

Sheriff Fulton says the missing ambulance did not cause any problems with medical calls, since there is a backup ambulance.

At this time, there’s no indication of why it was stolen.