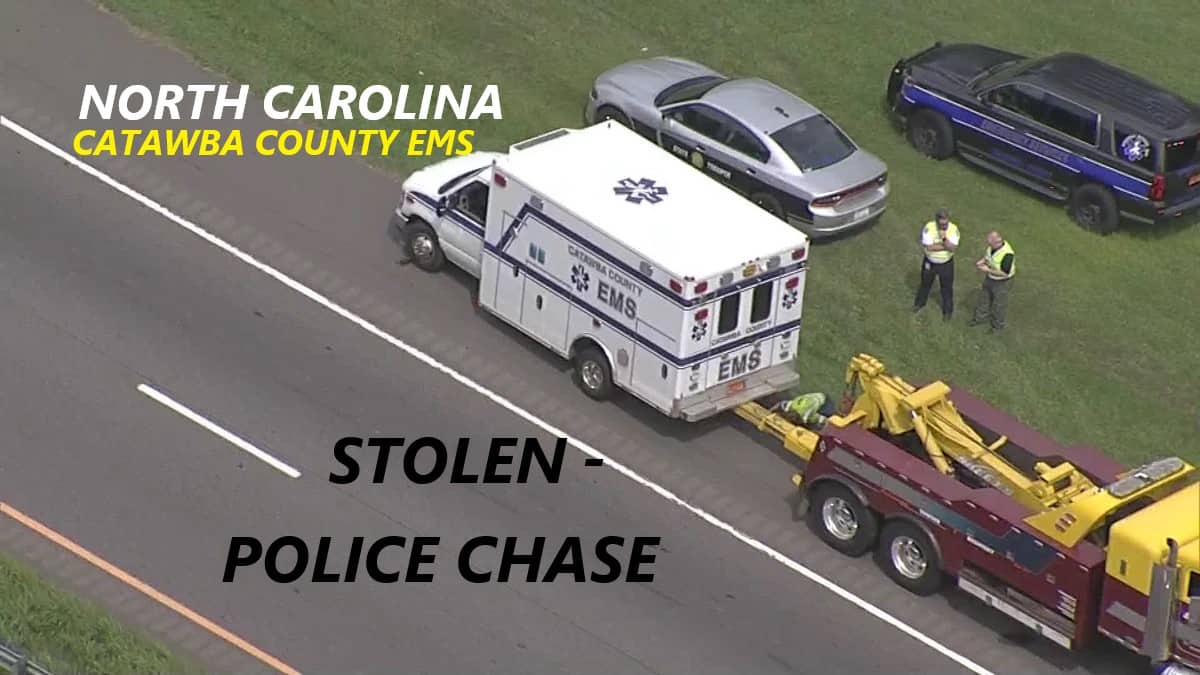 The ambulance was from Catawba County but stolen in Forsyth County, according to troopers. It was dropping a patient off at Wake Forest Baptist Hospital when it was stolen. The ambulance was being tracked by GPS.

Troopers say the pursuit started once it entered into Iredell County.

Stop sticks were used twice before the ambulance’s back tires blew out and it came to a stop on Interstate 40 westbound.

Troopers identified the driver as Erwin Alexander. He was arrested without incident and taken to the Iredell County Sheriff’s Office.

No injuries were reported.