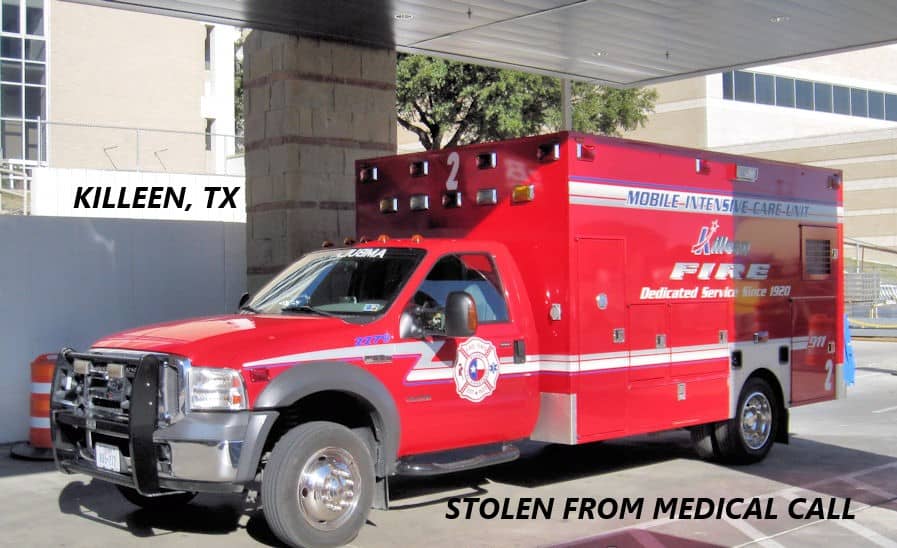 A Killeen man is facing charges after police said he stole an ambulance Tuesday.

According to court documents obtained by the Herald on Thursday, Killeen police were dispatched to the 300 block of Hoover Avenue in reference to a stolen vehicle Tuesday.

They learned the vehicle that had been stole was an ambulance. EMS crew at the scene told officers they had arrived to take a call at the location and then realized their vehicle had been stolen, according to the affidavit. The crew told police no one else had been authorized at the time to use the vehicle.

KPD later discovered the ambulance parked at a convenience store in the 600 block of North 10th Street. Police said two men were spotted. One of them was identified as William Gary Reed, 61, of Killeen.

Police said Reed was known to officers from previous interactions. He allegedly told police he was a member of the fire department. Reed later admitted to officers that he stole the ambulance and was driving it.

He was charged with unauthorized use of a vehicle and booked into the Bell County Jail Wednesday. Justice of the Peace Bill Cooke set his bail at $50,000.

In other arraignments Thursdays,

Robert Alan Turner, 17, of Killeen was arrested and charged with unauthorized use of a vehicle and evading in a motor vehicle. Cooke set his bail at $75,000.

Patrice Antoinette White, 41, of Killeen was arrested and charged with Possession of a controlled substance 1 gram or more less than 4 grams. Cooke set her bail at $30,000.