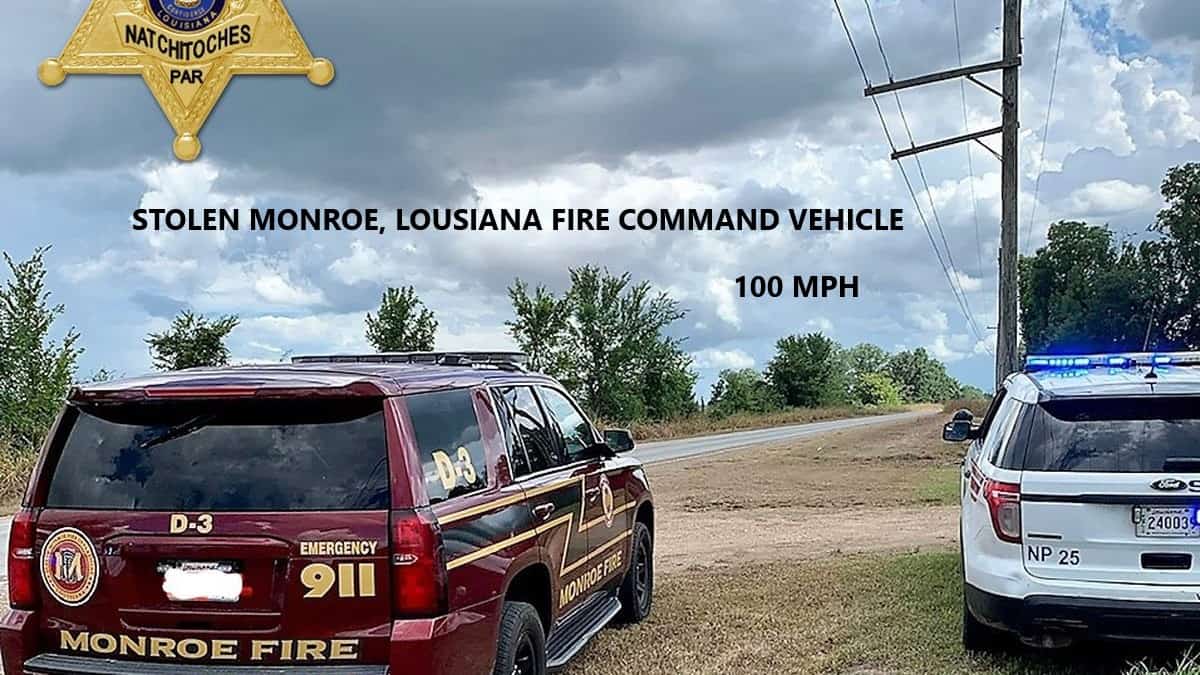 According to Sheriff Stuart Wright, a Caddo Parish man was arrested Sunday, Sept.19 by NPSO deputies after he was caught operating a stolen MFD vehicle while traveling to Natchitoches Parish. The sheriff’s office says LA State Police notified the agency and requested for NPSO deputies to be on the lookout for a stolen fully marked burgundy 2017 Chevrolet Tahoe owned by MFD.

The vehicle was also described by officials as having a light bar and decals while traveling northbound on La. Hwy 1 near Cloutierville.

Inside NPSO’s Facebook post, the sheriff’s office stated that deputies took the driver into custody without incident. Wright says the driver had no identification and failed to identify himself.

NPSO said the driver was positively identified as 50-year-old John Everett Lewis of Shreveport, LA after he was uncooperative and continued to not identify himself for over one and a half hours once he arrived at the detention center.

Lewis was booked on a charge of illegal possession of stolen things valued at over $25,000.00, simple criminal damage to property and other charges pending a detainer held out of Monroe.