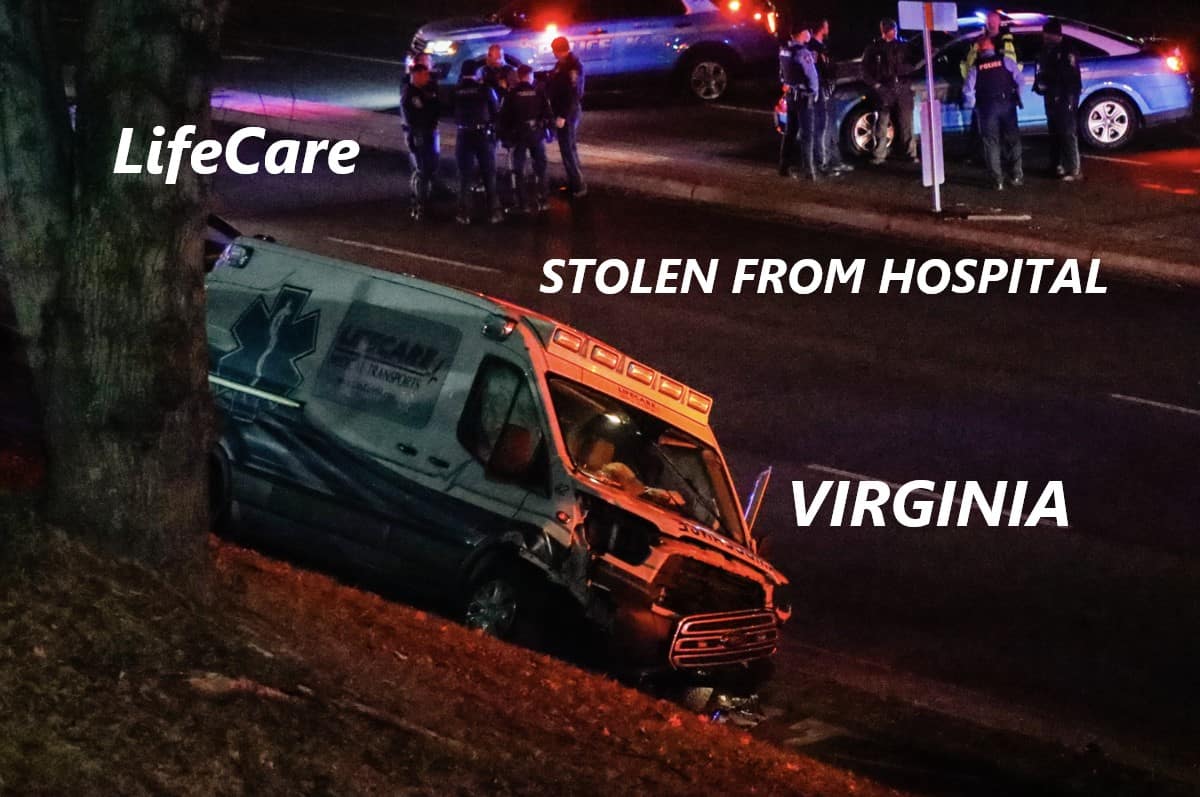 An Alexandria man was being held without bond Thursday after he was arrested in connection with a stolen ambulance that crashed overnight in Dale City, injuring himself and another driver, according to Prince William County police.

Officers were called to the intersection of Minnieville Road and Dale Boulevard in Dale City at about 12:03 a.m. on Thursday, Jan. 13, after the medical transport vehicle was stolen from the parking lot at the Kaiser Permanente Woodbridge Medical Center near Potomac Mills. The vehicle struck a BMW at the intersection and then hit a road sign, according to Master Police Officer Renee Carr, spokeswoman for Prince William County police.

The man who stole the ambulance was traveling west on Minnieville Road when the vehicle collided with a BMW 325i at the intersection with Dale Boulevard. The driver of the damaged ambulance continued on until he struck a road sign. The vehicle finally came to rest in the roadway, Carr said in a news release.

The 26-year-old man driving the BMW reported minor injuries. The driver of the stolen ambulance was removed from the vehicle by police and transported to an area hospital for treatment of non-life-threatening injuries before being released to police custody, Carr said in a news release.

While investigating, officers determined the accused was intoxicated and driving on a revoked license. There were no other occupants inside the ambulance at the time of the incident, the release said.

Robert Alexis Guzman, 36, of 9416 Forest Haven Drive in Alexandria, was arrested and charged with grand larceny of a vehicle, driving while under the influence and driving on a revoked license, the release said.

Guzman is being held at the Prince William-Manassas Adult Detention Center without bond ahead of a Feb. 24 court hearing, the release said.