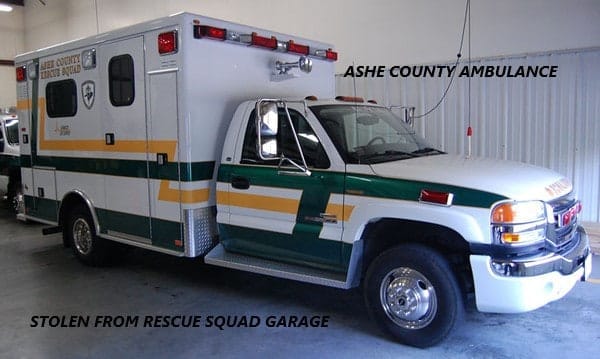 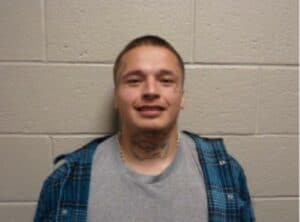 While the roads were still snowy from the winter storm, the Ashe County Sheriff’s Department tracked down a stolen ambulance the morning of Tuesday, Jan. 18.

Austin Alberto Hernandez, 24, West Jefferson, was arrested in the early hours of Jan. 18 by the Ashe County Sheriff’s Office which charged him with three felonies and one misdemeanor.

According to the incident report by West Jefferson Police Department officer Emmett Friesland, the officer saw an ambulance turning left from U.S. 221 onto N.C. 163 at 2:43 a.m., even though no medic calls had been made in that particular direction.

Although the officer wasn’t able to catch up to the ambulance due to snowy road conditions, Friesland called the county dispatch and confirmed that no calls were made that would need the ambulance, according to the report.

Friesland reported that he headed to the Ashe County Rescue Squad to make sure no ambulances were missing and upon arrival, found the far left bay door open and one of the ambulances gone. Further investigation found a window had been broken out of the bay door. Since the ambulance was seen driving in the direction of Wilkes County, Friesland notified Wilkes authorities of the vehicle.

According to the report, Officer Jacob Bledsoe and Sgt. Zack Volger of the ACSO followed the fresh ambulance tracks in the snow, but were called to a nearby breaking and entering in progress, where they discovered the ambulance and Hernandez.

Hernandez was found when a breaking and entering in progress was called in by residents of Nettle Knob Road who stated the individual was still inside their basement. The residents then reported that an ambulance was parked in front of their home.

Hernandez is currently being held at the Ashe County Detention Center under a $250,000 secured bond.