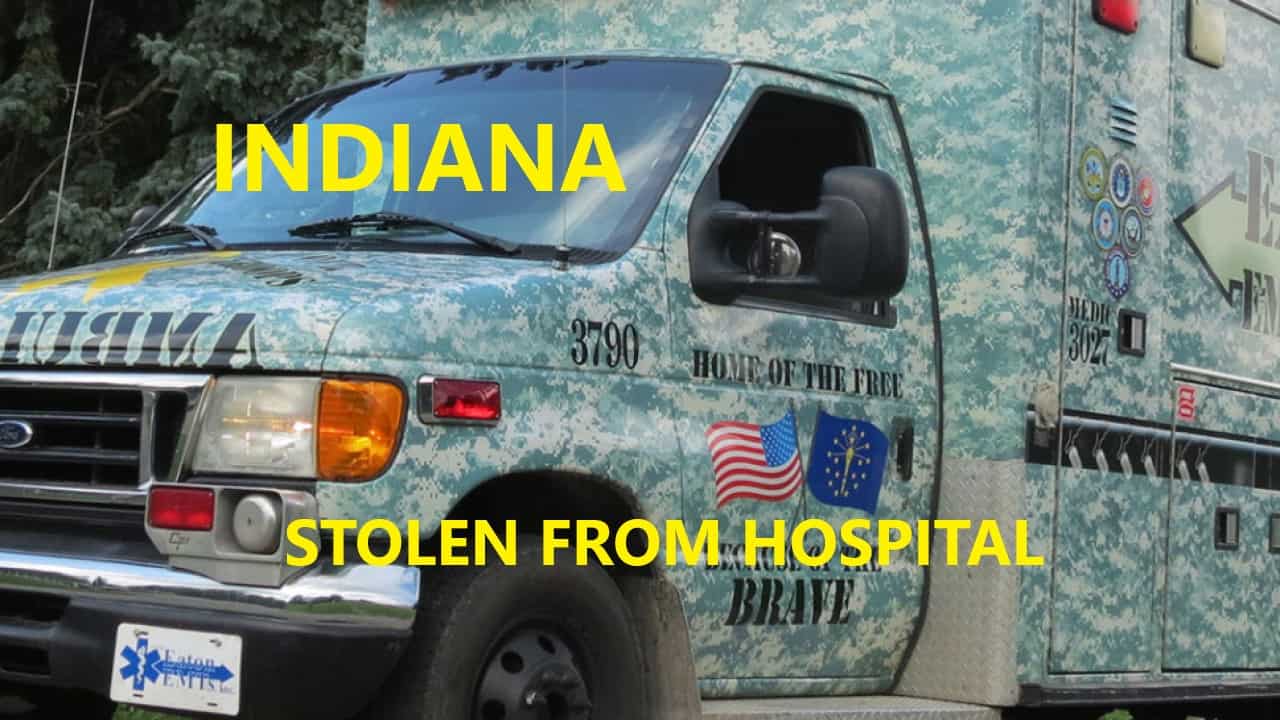 A 50-year-old Muncie man faces a number of charges after he allegedly made off with an ambulance parked in front of Ball Memorial Hospital.

The incident began to unfold late Tuesday morning when an Eaton EMT ambulance was taken from outside the hospital’s cancer unit in Muncie. Eaton is a small town about 10 miles north of Muncie.

According to police reports, the ambulance knocked down a stop sign by the hospital, headed southwest and eventually became stuck in mud at a home on Cornbread Road, just outside Muncie city limits and about two miles from the hospital.

A woman who lives at the home called police when the suspect came to the door, said he was an EMT and was there to help her. He also allegedly broke the glass on a back door.

By the time police got to the residence, the suspect was back inside the ambulance and refused to get out. Police eventually got him out and made the arrest.

Preliminary charges include theft, reckless driving, criminal mischief, and failure to stop after an accident.