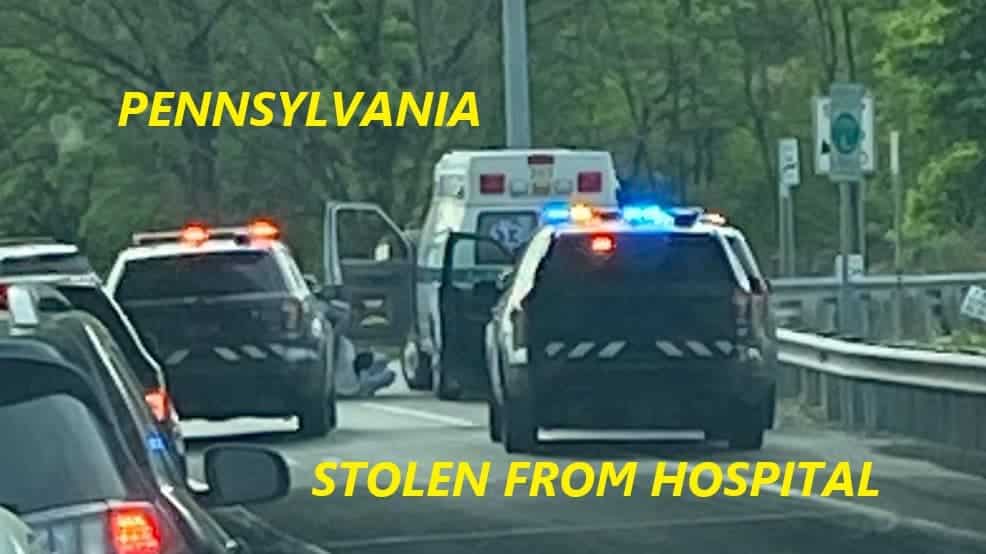 A man was taken into custody on Tuesday after police say he stole an ambulance and drove it throughout Carbon County.

State Police in Lehighton responded to State Route 209 in Franklin Township around 5:30 PM on Friday for a report of a stolen ambulance from the Lehigh Valley Pocono Hospital.

One trooper spotted the ambulance prior to the entrance of I-476 and a felony traffic stop was conducted.

The driver of the stolen ambulance, 33-year-old Frantz M. Bernard, was taken into custody without incident.

Members of Bushkill Falls Ambulance responded to retrieve their stolen ambulance and the suspect was released to the Stroud Area Regional Police Department.

Bernard is being charged with theft by unlawful taking, receiving stolen property, and unauthorized use of a motor vehicle.

He was arraigned at the Monroe County Correctional Facility and is being there held on $5,000 bail.