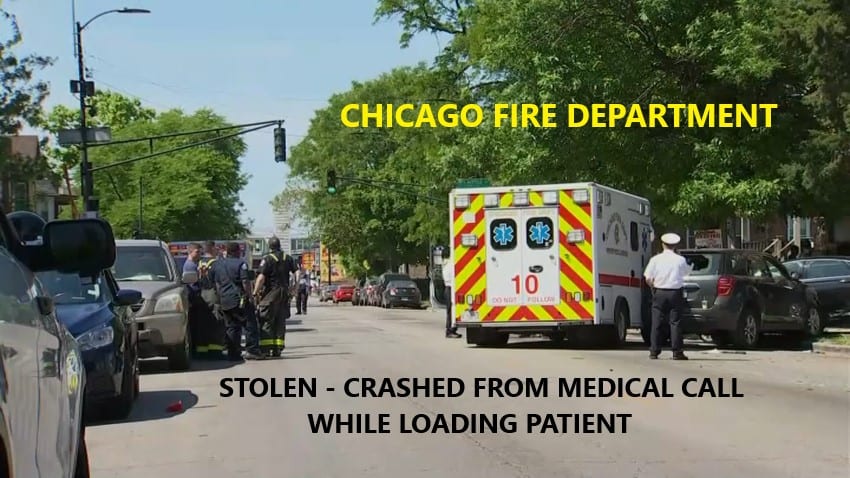 A man is in police custody after attempting to steal a marked Chicago Fire Department ambulance on Sunday in Chicago’s South Austin neighborhood, according to officials.

Paramedics were loading a patient into an ambulance on the 5100 block of West Washington Blvd around 2:30 p.m. when a 43-year-old man entered the emergency vehicle and drove off, according to police.

The man crashed the stolen vehicle in the 100 block of North Laramie and was placed into custody before being transported to West Suburban Medical Center for Treatment, according to police.