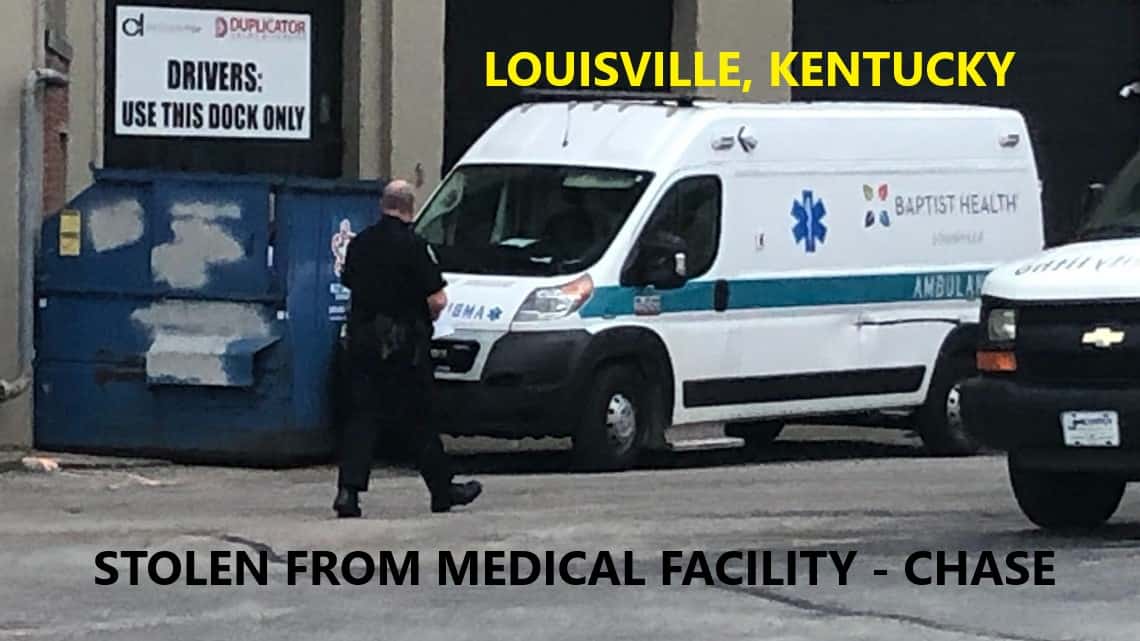 One person is in custody after leading Louisville Metro police on a short pursuit in a reportedly stolen ambulance, Metrosafe says.

According to Metrosafe, LMPD responded to a stolen vehicle call at Frazier Rehabilitation around 8:18 p.m. Tuesday on Newburg Rd.

Officers were able to stop the vehicle in the 800 block of East Gray Street and take the person into custody, according to Metrosafe.

A spokesperson from Baptist Health Louisville provided a statement: