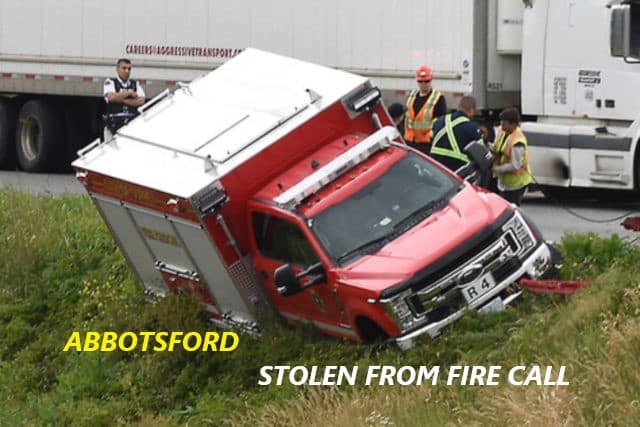 Someone swiped a small two-person Surrey fire truck just before noon Monday as a fire crew was dealing with another “incident” in North Surrey.

The F-550 is one of several such vehicles servicing the city’s downtown.

Surrey Fire Chief Larry Thomas said it was the first time a fire truck had been stolen that he’s aware of in his 33 years with the Surrey Fire Service.

“Somehow a person managed to get into the truck and drive off in it,” he said. The Abbotsford Police spotted it on Highway 1, stopped it with a spike belt and apprehended a suspect.

“The truck was driven on its rims for a while and stuff so we don’t have a good idea on the damage, it’s just in the process of getting picked up by a tow-truck now,” Thomas said.