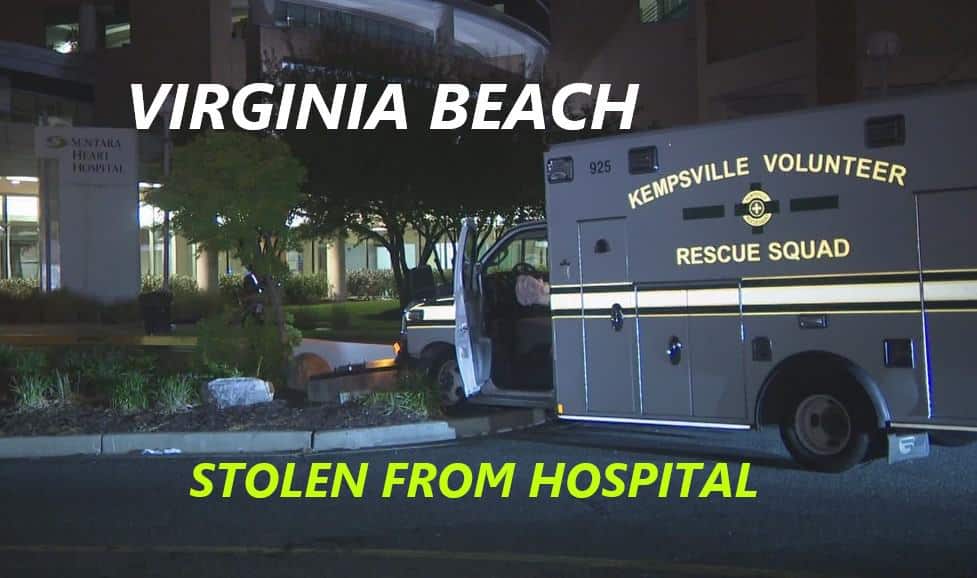 Police in Norfolk are searching for a driver who stole and crashed an ambulance Tuesday morning.

According to a spokesperson from VB EMS, the incident began in Virginia Beach.

Dispatch received a call around 1:10 a.m. about a person who had been shot and had then walked to the 7-Eleven on Indian River and Military Highway to get help.

At this time, their name and condition haven’t been released.

An ambulance from the Kempsville Volunteer Rescue Squad responded, according to the spokesperson.

They took the victim to Sentara Norfolk General Hospital, but while they were taking the person inside the Emergency Room through the ambulance bay, the ambulance was stolen by what officials believe was a patient who was leaving the hospital against medical advice.

The patient then drove the ambulance less than a quarter of a mile before crashing it outside of Sentara Heart Hospital.

Now, police have an active warrant out for the patient, who left the scene after crashing the ambulance.

Right now, police have not yet released information on the suspect.