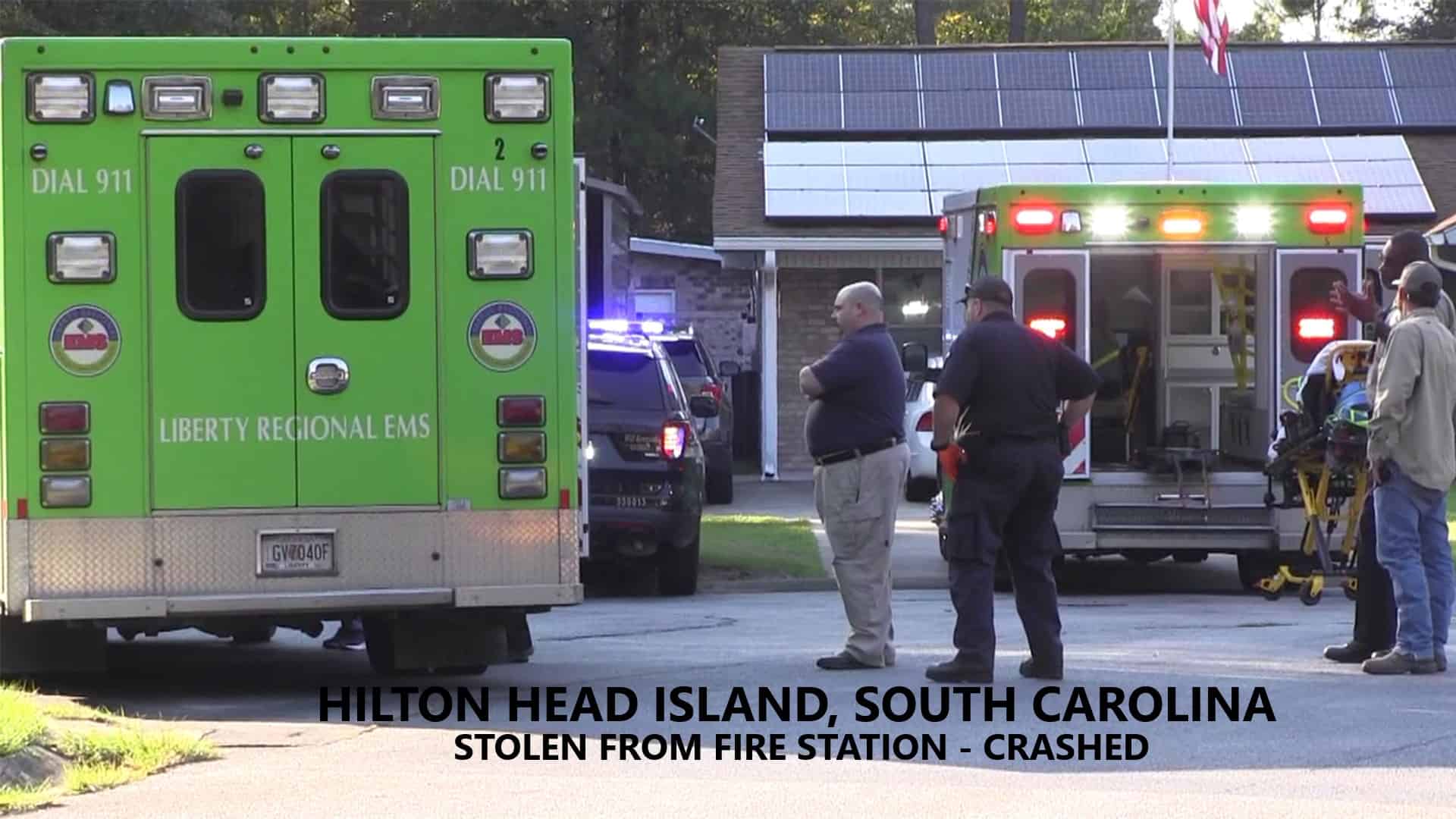 A report states that a chase then ensued during which time the sheriff’s office say the suspect attempted to elude deputies by driving the ambulance onto side streets and into the parking lot of the Publix supermarket at Island Crossings Center.

“The subject drove behind Publix, where the ambulance struck the building and came to a stop,” BCSO officials said. “When Colon was arrested he was wearing a stolen Hilton Head Island Fire Rescue uniform.”

According to deputies, as a result of the accident, the ambulance and the Publix supermarket sustained minor damages.

“Deputies and firefighters are on scene in the Publix parking lot,” the sheriff’s office said. “The South Carolina Highway Patrol is responding to investigate the accident.”