5/20/22 Indianapolis, IN – Man Steals Indianapolis Medical Services Ambulance From The Eskenazi Hospital – Long Police Chase – Ambulance Had Lights And Sirens On – Man Jumps Out Of Ambulance And Hides Under School Bus – Captured 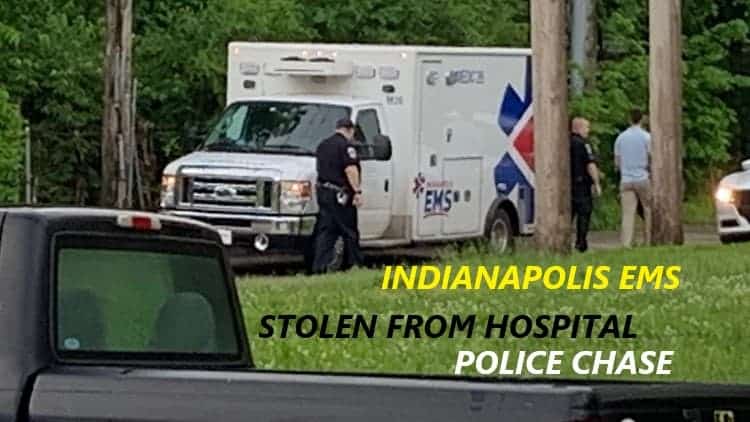 A man was taken into custody Friday morning after IMPD said he stole an Indianapolis Emergency Medical Services ambulance and led police on a chase that ended on the city’s near north side.

According to IMPD, the incident started Friday around 6:45 a.m. at Eskenazi Hospital when ambulance personnel were performing random drug tests. That’s when a man jumped into the ambulance and drove off. According to police, medics initially thought the suspect was one of their workers since he was dressed in similar colors, but when they realized someone stole the ambulance, they called IMPD.

IEMS said no patients were involved in the theft and no medics were injured.

Police said the ambulance’s lights and sirens were on as the suspect drove east across St. Clair Street to Meridian Street.

Police said the suspect parked the ambulance in an alley, jumped out of the vehicle and hid under a school bus. The suspect eventually surrendered after police surrounded him.

According to police, nobody was injured during pursuit and nothing was damaged or stolen from the ambulance.

IEMS said the onboard equipment will be assessed once the ambulance is returned to headquarters. A reserve ambulance will be put into service so there is no gap in service the remainder of the day.

The scene where the ambulance was recovered and the suspect was arrested was clear shortly before 8 a.m.