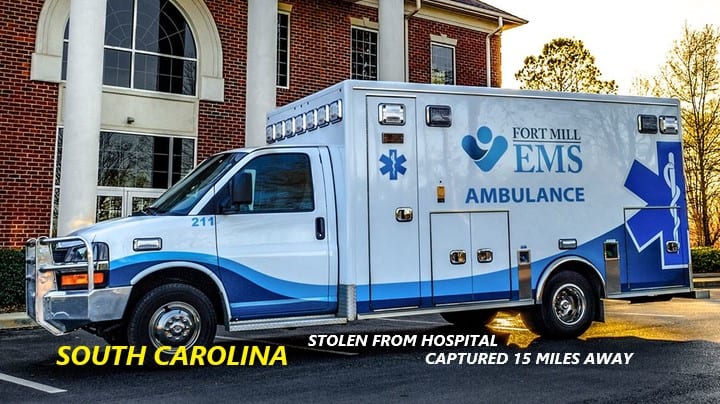 Police in the city of York recovered an ambulance stolen from a Rock Hill hospital after a traffic stop Tuesday night, officials said.

The ambulance, which belongs to Fort Mill Emergency Medical Services, had been reported stolen earlier Tuesday from Piedmont Medical Center, according to Sgt. David Dover of the York Police Department and a York police incident report. The ambulance was being tracked by law enforcement through the vehicle’s onboard GPS, Dover said.

York officers saw the ambulance in traffic on Kings Mountain Street north of downtown York before 7 p.m., Dover said. Officers stopped the ambulance by blocking it with patrol cars, according to the report.

The driver was ordered out of the vehicle and no one was hurt, Dover said.

The man who was driving the ambulance was taken to Piedmont Medical Center for a medical and mental health evaluation, Dover said. No charges have been filed as of Wednesday, Dover said.

Because of the driver’s medical status, The Herald is not naming the driver.