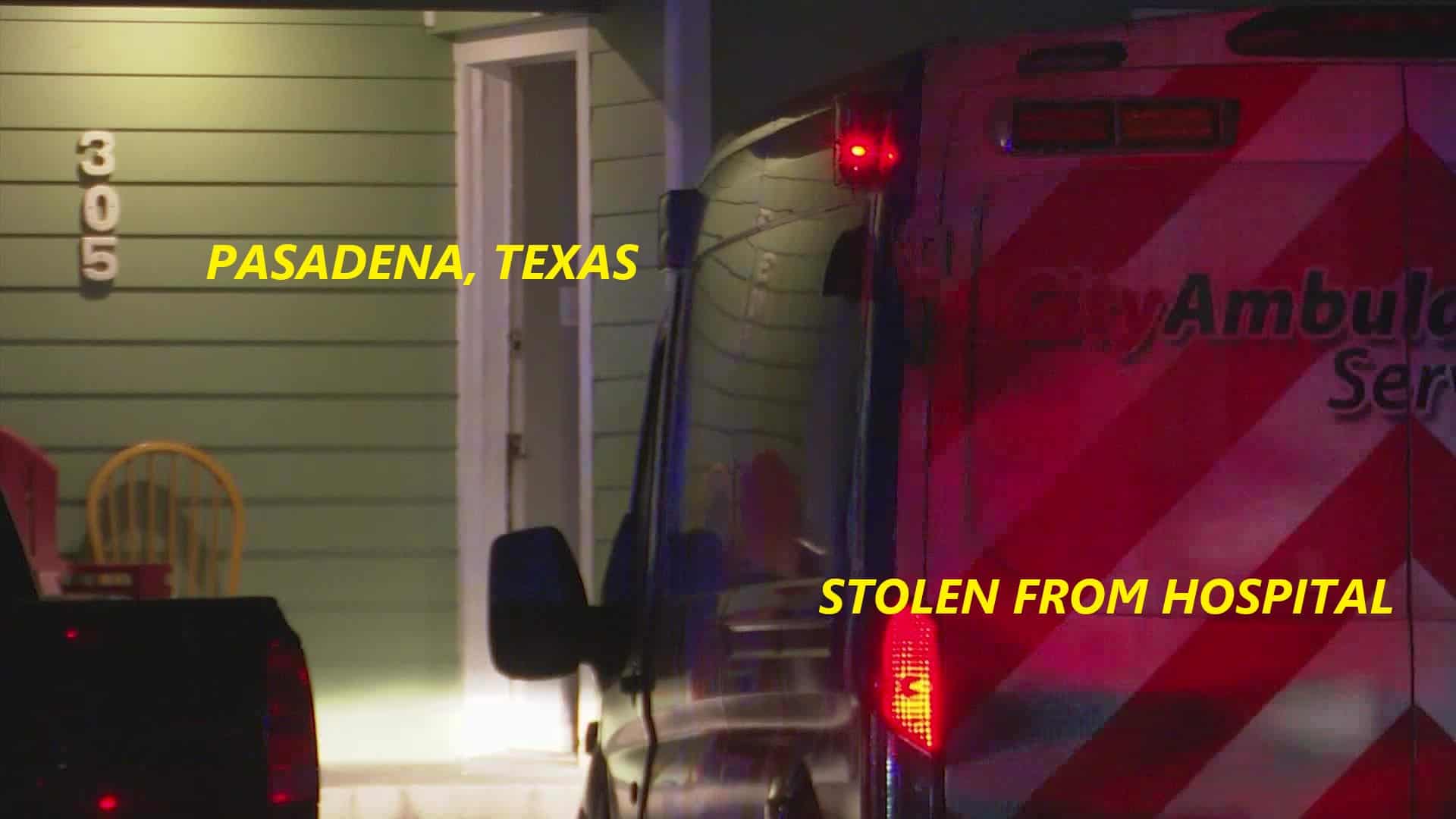 A man was taken into custody after he alleged stole an ambulance from the Bayshore Medical Center early Tuesday.

The ambulance company contacted police after using the vehicle’s tracking device to find the location. Pasadena police responded to a home in the 300 block of Willow, about four miles from the hospital, where they found the ambulance parked.

Police surrounded the home, and the suspect allegedly jumped out of a window. He was then arrested without further incident.

The man was taken in for an evaluation, and the district attorney’s office is determining what charges he could face. No names have been released.

Last month, a Houston ambulance was taken at gunpoint while a patient was still inside.